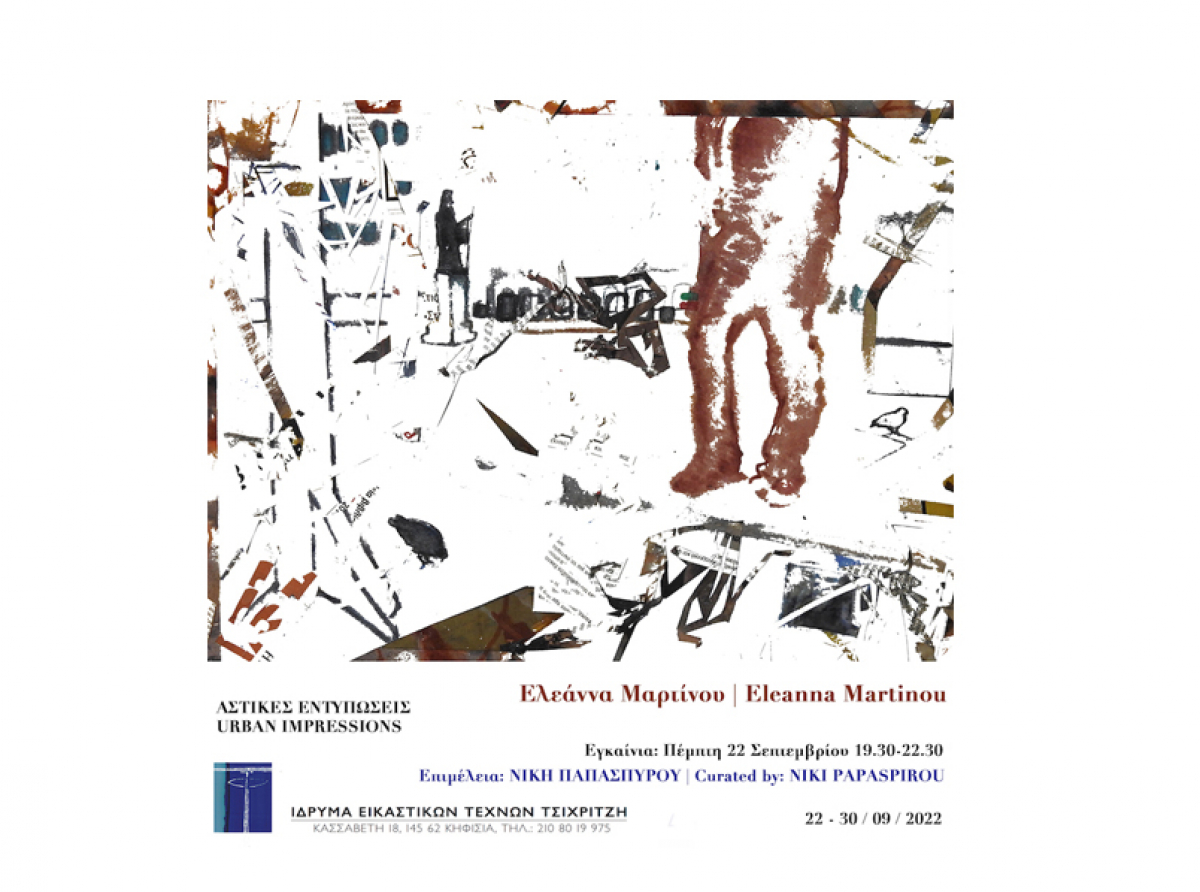 «…to see the world, to be in the center of the world, and yet remain hidden from the world…»
Charles Baudelaire, The Painter of Modern life 1
Benchmarking from the emblematic concept of flâneur, of the carefree walker in the streets of 19 th -Century Paris, of the onlooker of cityscape with a penetrating gaze, of the Baudelairean modern artist with the kaleidoscopic view, Eleanna Martinou is presents the exhibition “Urban Impressions”; a body of work on the mutating concept of wandering. Her works are a collection of experiences and moments of the urban space-time. The beginning of the drift, of the exploration process, is allegorically stated by the abstract imprint of a leg in motion. Documentation of the step is the beginning of the itinerary within the city, and, concurrently, of the exhibition walk, followed by a series of works on urban wandering. The artist turns her trajectories into images, whether those are images of the streets where she wanders, or familiar scenes in public transport, like the Underground. Views of everyday life are captured fleetingly, abstractly; she does not focus on details, endowing thus her pictures with universality. Her private memory becomes our collective urban experience. Each project is not a simple depiction of a city scene, or architecture, or urban planning, or network of its streets: Her works highlight the perpetual negotiation of an individual’s position in collective space.
The urban environment, as network of space and time, is transcribed into a visual composition through intensely dense painting, and the collage technique. Miscellaneous elements and materials, such as cut-out strips of different types of paper, photographs, and threads, create a network of information that realizes the concept of space as a set of interactive relationships. The morphology of her works demonstrates their connection with the concepts they explore. The abstract impressions-compositions are depositories of narratives that go beyond their spatio-temporal immobility. The walker/-visitor of the exhibition, forms a special relationship with the observed urban space, as the meaning of each image is constantly changing, according to their own viewpoint and experiences.

The series of works, outlining the drift in urban space, interact complementing each other with the documentation of buildings and persons. Two subsets of works have a corresponding formal composition. The subject, mainly, is rendered in an abstract manner, through successive lines: The latter are archetypal forms of buildings and persons.
The expressive mastery of the first observers / physiologists of urban human geography is here refuted by critically highlighting the importance of human existence. The artist points out the sense of fragmentation and isolation experienced by the modern individual.
The core of the exhibited projects was made in the period 2013-2015, a period of deep economic and social crisis.
Today, the deconstruction of the human form and of the world – as architecture – acquires a new symbolism in the light of the global pandemic.
The works recite the trajectories of the wandering visual artist, but the drifter / spectator is the one whose course in the space will collect individual experiences in order to create a personal narrative, history: They will recall and reconsider facts, situations, values, and feelings, to redefine their place in the world. 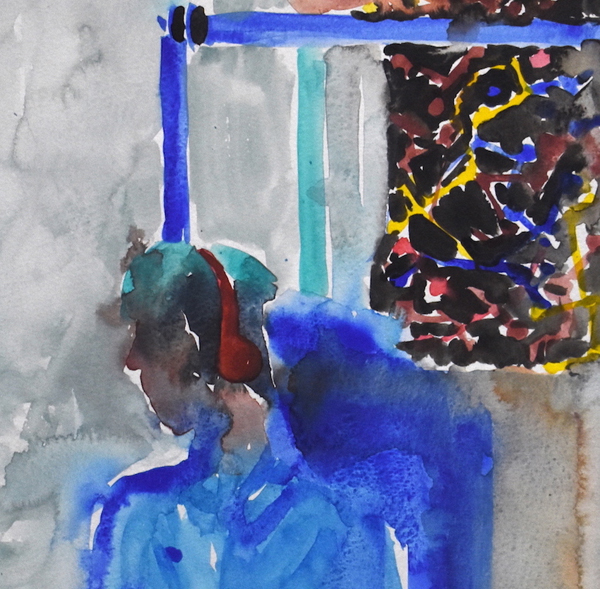 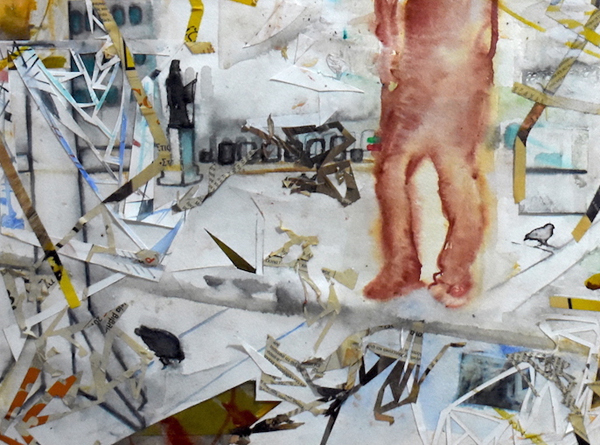 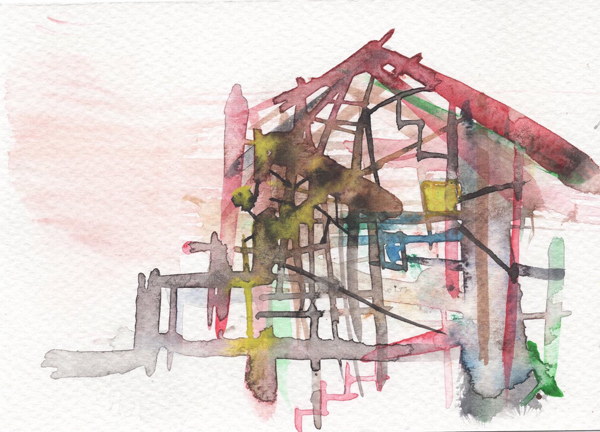 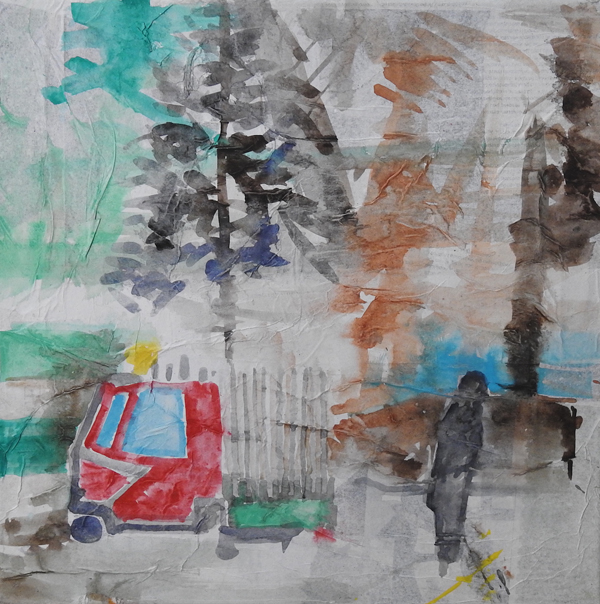 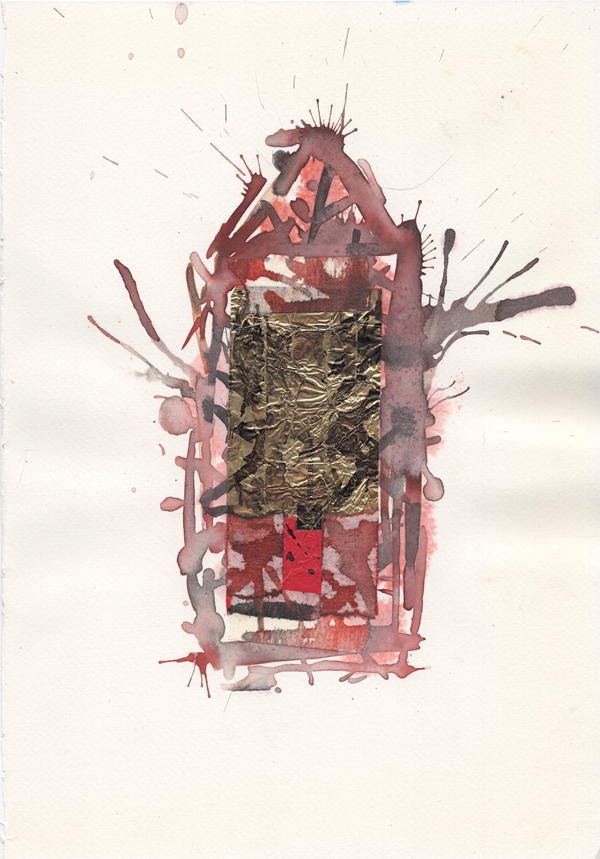 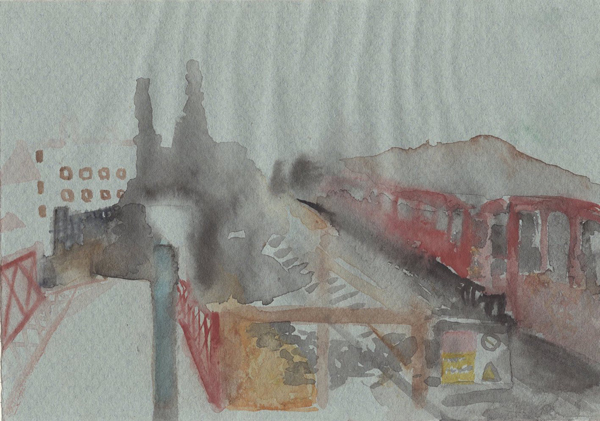 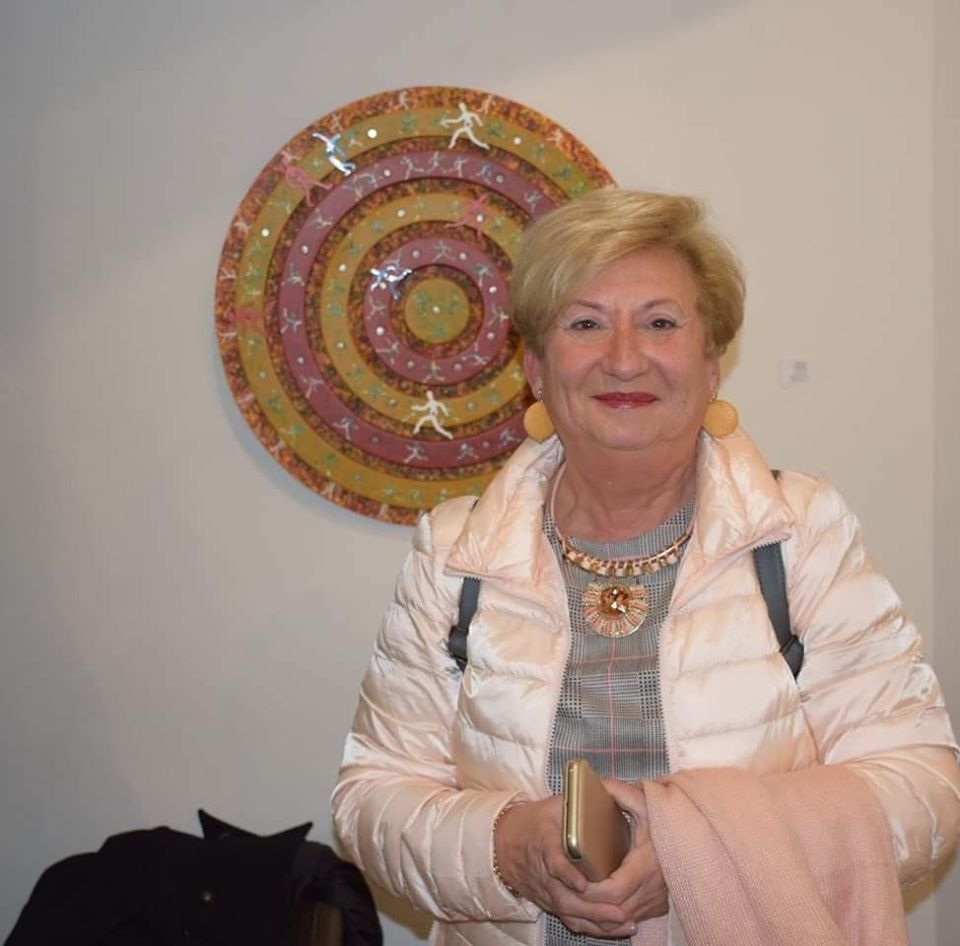